Are you a React beginner? This React tutorial will explain everything in simple terms and plain English so you don’t feel overwhelmed or frustrated while learning React.

Is this React tutorial for you?

This guide is for beginner React developers who struggle to move forward while learning React.

It will give you a very simple “ABC” path that you can follow, step by step, concept by concept, without the overwhelming feeling that you need to learn everything at once.

Take your time, digest the content of each article in this series and try to complete the challenge.

My suggestion is that you only progress to the next step, when you are super clear about each of the concepts.

What you will learn

Are you already familiar with React? Try the challenge at the end of the article. 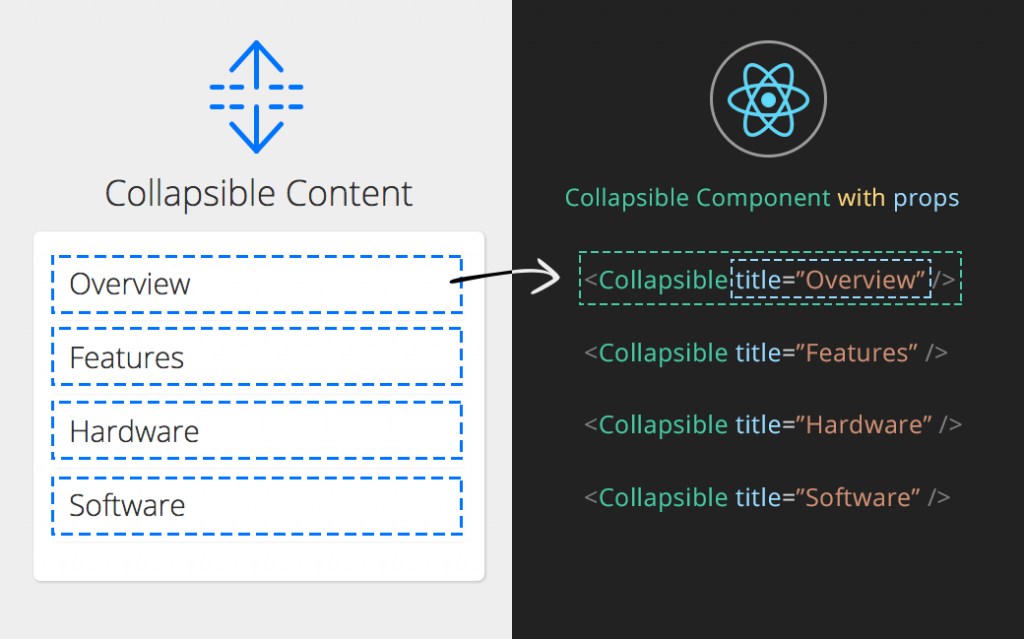 This is the first and a major concept to understand, but it’s fairly straight forward.

Every React app is build out of components. You may have one single component in a simple app or a number of components in something more complex.

Given that this is a beginners guide I won’t go to much into details here.

A more complex React components might have more logic inside of them, but at the end of the day they are also just rendering a bit of HTML markup on the page.

That’s all you need to know. Now we’ll have a look at the syntax of both simple and more complex React components.

If you are coming from a jQuery background like me, you might find it overwhelming to look at the React class components, so lets break it down a little bit.

The simple React component is a function that returns HTML. In the above example H1 will be rendered on a page.

You can also return multiple lines of HTML like this:

See how we have included the parenthesis around the second example? (lines 10 and 15)

All three of these components would do the same thing, but including the parenthesis might help with readability of your components. Your choice.

The third example does not even include the return statement, but we had to change {} to ().

Why do we need the containing div around the HTML markup?

It is one of the requirements of JSX, each component can only return one element.

That is why you will need wrap all your HTML markup into one containing HTML element eg. div or ul.

I will refer to JSX as HTML for the rest of this guide.

Below is an example of React Class Component, sometimes referred to as a smart component.

It does not make sense to use class for a simple component like that, you should use the stateless component instead.

Lets add a constructor, set current date as the local state of this component and then render it out inside of the H1.

Here we are Adding Local State to a Class.

Firstly we include the constructor with super() and then set the initial state of the App inside of the this.state JavaScript object.

We can now access the date from the state inside of the render method like this: {this.state.date}.

2 important things to know about the React component’s state:

Your state might grow with your app and include as many properties as you need.

Now lets see what the difference is between state and props.

You can pass some of your state values down to the child components as props.

Here is an example of a component that receives props:

This component will render the prop name (Petr) if it was passed down from the parent component like this:

We can then access this prop inside of the return statement as {props.name} or destructure the props right when we are creating this component like this:

This will let us only use {name} inside of the return statement.

The main difference between props and state in React is that props are read-only and can not be modified from inside of component.

If we wanted to change the name rendered inside of Greetings component we would need to go the parent React component, modify the name and pass down the new value.

I mentioned the word destructure, it refers to the concept of ES6 destruring.

It will save you some typing and make your code more compact.

5. Render component into the DOM 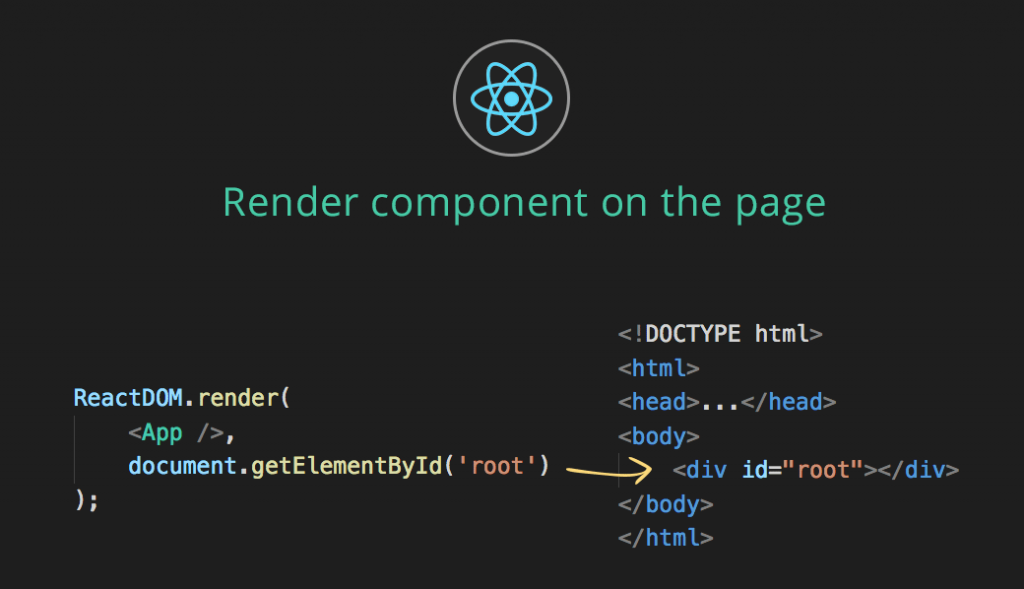 To be able to see your React component on the page you will need to use ReactDOM.render() and pass it an html element where you want your app to be mounted to.

In the above example we are firstly importing React and ReactDOM

Then we are importing the App component from another file and mounting it to the page into the div#root element.

You will find this ReactDOM.render() method inside of every React app.

This code is inside of a file called “entry point” and mostly called index.js or similar.

Conclusion and your challenge

Now you are familiar with the basic React concepts such as components, state, props, destructuring and mounting.

Explore the following CodePen demo and see if you can answers some of these questions.

Give it a try.

Have you found answering these questions much easier then before reading this article? Let me know in the comments.

We will keep exploring the other parts of React in the next article.

Do you want to learn even more about React?

Sign up to receive my future tutorials and demos straight to your inbox.

No spam, Unsubscribe at any time.

25 thoughts on “React Tutorial for Beginners” 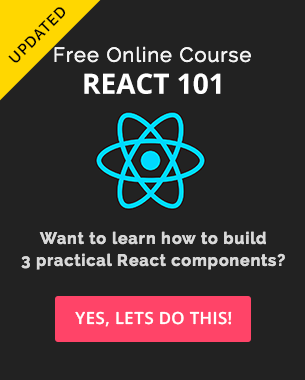